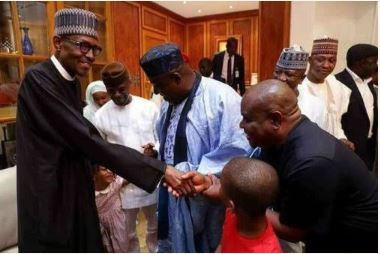 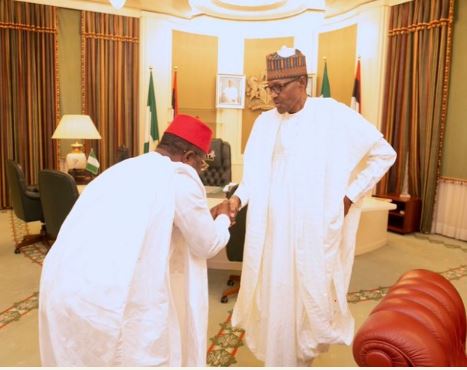 The meeting was said to have begun on a convivial note and exchange of banter. Then entered Umahi, and Wike jokingly welcomed him, saying, “Ah, here comes Buhari’s man!”
The remarks elicited laughter from the other governors, but it did not resonate well with Umahi, who angrily asked Wike, “Who is more Buhari than you? I have many of your pictures with Buhari which are not known to the public!”
Umahi then threatened to make Wike’s pictures with Buhari public if he was provoked further by his host. Was Wike rattled? Those present said he was speechless. Umahi’s outburst ended the discussion on Buhari and the meeting moved to discuss other issues.

ALSO READ  I Stopped Doing Make-Ups, Stopped Photoshopping My Pictures Because Of This - Actress Cha-cha Eke

No votes so far! Be the first to rate this post.